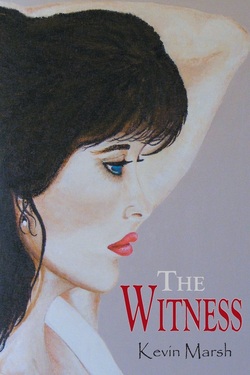 The Witness is my first attempt at writing a psychological thriller.  It all began about ten years ago when my sister Joanne and her husband Dean lived in a lovely little village called Garmouth.  Situated in Morayshire near to the ancient city of Elgin, Garmouth sits on the edge of Spay Bay, an area of outstanding natural beauty.  The river Spey flows through this beautiful landscape as it makes its way from the Highlands towards the Moray Firth.

There was a time when this area was not so tranquil.  On one side of the river towards the village of Kingston boat building once thrived and on the other side towards Spey the Tugnet Ice House and visitor centre was once part of a fishing station.

A railway serviced the area and spanning the river is a magnificent iron bridge.  This engineering monument had to be re-designed before construction was completed as the river decided to change course.  Nowadays the bridge forms part of a walking and cycle path that lead visitors into the bay.

During my stay in the village we took the path and crossing the bridge made our way along the riverbank towards the visitor centre where they serve a mean mug of hot chocolate topped with marshmallows.   It was on that day I saw an artist painting a picture of the bridge and then my story began to take shape.

Josie MacDonald, my main character, was there pretty much from the start and as I turned my mind to constructing a plot I knew that some unimaginable horror would have to disturb the peace and tranquillity of this place.   The plot began to evolve and as my characters came to life my research took me to some interesting places.  I couldn’t resist weaving in an historical element, but  things could quite easily have got out of hand if it wasn’t for the qualities of my characters to anchor the plot.  The drama of the unpleasant scenes made for a racy story, but it was the everyday lives of the characters that kept the whole thing honest and believable.

I wrote this book over a long period of time, the basic story didn’t take many months to complete, it was the re-writes and editing that took the time, I was in no hurry to publish.

The Witness was always going to be a standalone novel, but I can’t resist the challenge of developing some of the characters and locations that appear in the story.  I imagine a series of books that are all connected in some way with many of the characters and places appearing throughout the different stories.  The next book, The Cellist, is already on the way and features a character called Mia Falzone.  The historical element is developing nicely and of course this will have an effect on the modern day part of the story.

Polly Chester, another dynamic character, appears in The Cellist.  She is such a strong element in the novel and deserves her own story, so I’m planning a third book based on her adventures. 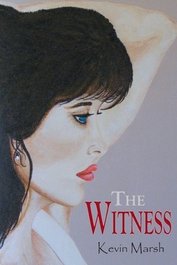 Without giving too much away I want to post some photographs of Spey Bay to give my readers an idea of what this beautiful place looks like.  When I visited the area some years ago I saw an artist painting a watercolour of the iron bridge and suddenly ideas began to formulate. From that moment I knew that my character Josie was going to be an artist.
Like me, Josie was completely taken with the tranquillity of Spey Bay and she too decided to paint a watercolour of the magnificent iron bridge.  It was here that her story began. 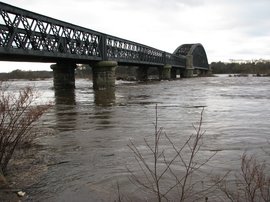 The river in this photograph is very high, when I was there during the summer the water level was much lower.
​
I would like you to have an idea of the layout of the bay with some of the places mentioned in the book.  This map details places like Fochabers, the house and estate where Mr Mac lives is there.  The river runs from the mountains into the bay and this is the route my characters took through the woods when trying to escape from Mr Mac.
Closer to the bay you can make out the villages of Garmouth and Kingston.  Josie's Auntie Molly lived in Garmouth and it was from here that Josie accessed the bay. 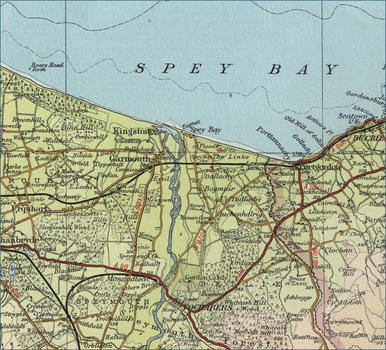 The distance from Fochabers to the Tugnet Ice house is about five miles
​Spey Bay is an outstanding area of natural beauty where many seabirds and animals can be seen.  There is also a very nice hotel and golf course further round, but these did not feature in my book. 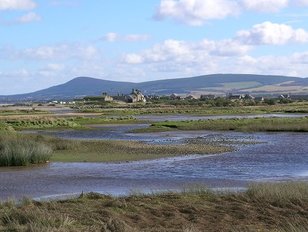 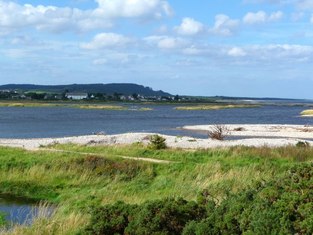 Kingston is just across the mouth of the river 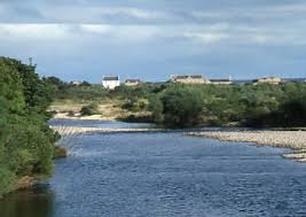 The beautiful river in the summertime 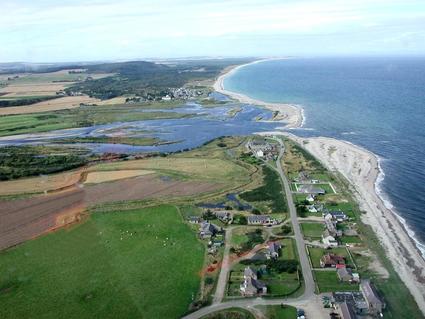 Follow the pathway leading from the bottom right of this photograph, go past the buildings and head for the sandy bit towards the top of the picture.  This is where the Tugnet Ice house and visitor centre is situated, it is also where Josie plunged into the water when being chased before being swept away into the Moray Firth. 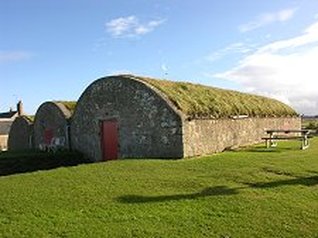 The Tugnet Icehouse where Josie tried to hide from Mr Mac
​I hope this helps to bring The Witness to life without giving too much away.
Powered by