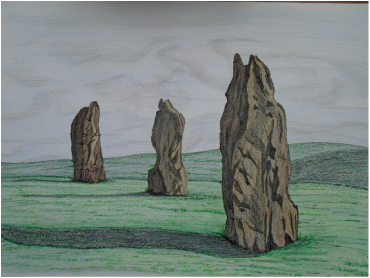 When designing the cover for the final book in The Torc Trilogy,
I decided to focus on the druid/Celtic elements of the plot.  I wanted to use an image of a standing stone so began searching the internet for standing stones.  Once I had shortlisted a number of likely images, I became increasingly undecided.  It was then that I remembered drawing a number of stones some years ago, so looking through my files I came across this pen, ink and colouring pencil drawing.

This simple sketch of a bleak landscape with standing stones was exactly what I was looking for, so I photographed it and cropped about half of it out, deciding on this view. 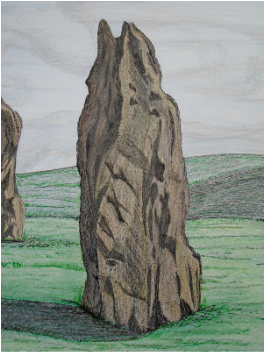 I had found the basic design for my cover and was pleased that it was one of my own pieces of artwork.

The second part of the design was to underpin the Celtic element.
I wanted to keep the theme of my previous book going, so I decided to include the Celtic knot. 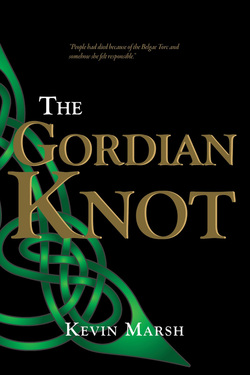 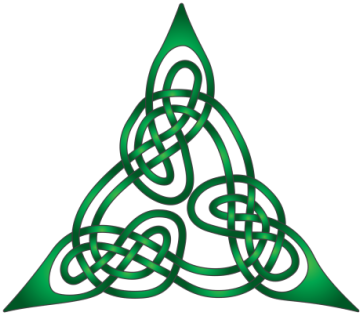 The Trinity or Celtic knot

Only a fraction of this design was used in the finished book cover.


After much thought I settled on my title.

I had used this as my working title throughout the writing of this book, but decided on a small addition so my title became:-

And so the cover was created. 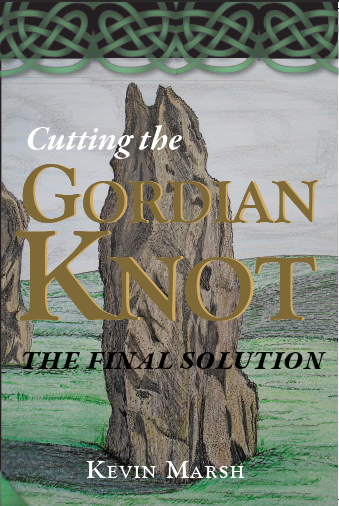 This book is now available from Amazon as a paperback and on Kindle.
Powered by